How can Puerto Ricans increase grid reliability on their island?

That’s the question our team of five students has been tackling this year for our master’s project at Duke University’s Nicholas School of the Environment, with guidance from faculty mentors Betsy Albright and Lori Bennear.

We are working with the community of Toro Negro, which recently founded the Comunidad Solar de Toro Negro to own and manage Puerto Rico’s first fully operational community solar microgrid.

In fall 2018, three of our team members (Asger, Galen, and Santiago) visited Toro Negro, located in the mountainous province of Ciales, to learn more about the microgrid system.

Many factors fueled the creation of this unique project, which now powers the day-to-day activities of 26 households. Toro Negro has confronted the challenges of an obsolete power grid as well as the biggest power outage in US history. After Hurricane Maria hit the island in September 2017, Toro Negro went 8 months without power. But one critical factor has worked in Toro Negro’s favor: a unified and well-organized community.

By spending a week in Puerto Rico and meeting with dozens of local stakeholders, we gained insights about the island’s energy system that months of research in Durham could have never provided.

Here are 3 of our takeaways:

While in Puerto Rico, we saw firsthand how activity on the ground by residents and communities is moving faster than policy or regulations. As can be seen in Toro Negro, communities are moving forward with innovative renewable energy projects to decrease their dependence on the unreliable grid. Policymakers are one step behind, working to set regulations for systems that are already in place. Meanwhile, since policies are still changing, it’s difficult for nongovernmental organizations (NGOs) to identify which types of projects will be the most attractive in the long-term.

In multiple meetings, local stakeholders told us of a longstanding mentality on the island: the idea that “if there’s a problem, the government will come in and fix it.” They explained that this mindset has been reinforced by the history of colonialism on the island and the fact that it remains a territory of the U.S. As a result, they explained, many have historically depended blindly on officials and authorities to provide support and solutions for every situation.

But going without power for over half a year was a devastating lesson for much of the island. Many lives were lost during this time due to the lack of access to energy, limited medical services, and primary health centers being without power.

Stakeholders told us that more and more Puerto Ricans are realizing that the government does not have the capacity to fix some problems. Instead, the aftermath of Hurricane Maria has encouraged communities to take matters into their own hands. That’s why, with support from NGOs like Fundación Comunitaria de Puerto Rico and Somos Solar, community members in Toro Negro initiated the microgrid cooperative project to increase electricity reliability and resilience in the face of natural disasters.

3. Microgrids are outperforming the main grid.

Today Puerto Rico's power reliability is delicate. It is normal to have outages or frequency issues in communities across the island, from isolated mountain areas to urban centers. The situation is being improved by projects installed around the island that couple renewable energy generation and storage. Thanks to these projects, some rural communities experience a greater degree of power reliability than do those in cities.

Halfway through our visit, we met with Javier Rivera, the project engineer of Fundación Comunitaria de Puerto Rico, which is overseeing the Toro Negro project. He told us that every time the power goes out in San Juan (the island’s capital and largest city), he calls Tito Figueroa the community leader in Toro Negro. He asks, “Hey Tito, how’s your electricity system holding up?” And invariably, Tito replies, “It’s working great.” Javier will then inform Tito that he’s lucky because San Juan and other parts of the island are facing an outage. Then they both laugh and hang up.

While Toro Negro is the first community to successfully implement a microgrid on Puerto Rico, the community is not alone in its move toward renewable energy. Supported by local foundations and developers, more communities, such as El Coqui and Vieques, are taking action, supported by local NGOs and developers to create microgrids and cooperatives that benefit families and municipalities across the island.

However, moving forward, funding will be a formidable challenge for these projects. As time passes and Hurricane Maria is less at the forefront of people’s minds, the island cannot expect the same level of philanthropic investment.

That’s why our team of five students is collaborating with Toro Negro to establish a strong microgrid business plan—in the hopes that it can serve as a model for other communities looking to increase grid reliability by shifting to renewable energy. 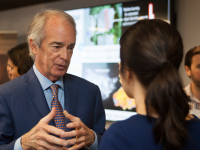 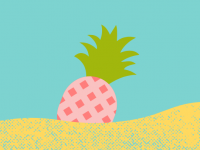 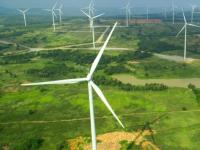