As the spring semester of 2014 drew to a close, Hasan Anwer and Andrew Joiner were on a roll.

During the previous fall, they had entered the Duke Startup Challenge, a yearlong entrepreneurial competition sponsored by Duke University’s Innovation and Entrepreneurship Initiative (I&E). Armed with an idea to create and finance “turnkey” solutions to energy poverty in developing nations, Anwer and Joiner had taken advantage of the Challenge’s extensive developmental resources, which include mentorship, financing advice and networking support.

By the time they emerged victorious from the competition’s clean energy track (sponsored by the Energy Initiative), their nonprofit organization, 501Carbon, had begun to evolve from its embryonic stages toward its current status as a carbon offsets brokerage and project developer with activities in emerging economies across the world.

Over the ensuing summer, they planned to focus full-time on 501Carbon, participating in a two-month accelerator program at Durham’s Groundwork Labs. But just as their business was about to take off, Anwer had to leave the United States.

The Fulbright scholarship that had brought him to Duke to study at the Sanford School of Public Policy required him to return to his native Pakistan upon earning his master’s degree. Unable to secure a waiver, Anwer was forced to go home indefinitely.

What might have seemed an insurmountable obstacle for 501Carbon, however, turned out to be a massive opportunity for its sister venture, EnMass Energy — a micro-utility that will soon begin generating reliable power from agricultural waste in Pakistan and other frontier markets.

Anwer’s stay in Pakistan lasted five months while a lawyer recommended by Howie Rhee, I&E’s managing director for student and alumni affairs, worked to procure him a new visa. He contributed from afar as Joiner, a Master of Environmental Management candidate at the Nicholas School of the Environment, incubated 501Carbon at Groundwork Labs. At the same time, his long-term plan for EnMass Energy suddenly became a near-term proposition.

“I’d carried the idea [for EnMass Energy] around for years, even before I came to Duke,” Anwer says. “It was always on the horizon. But there was a lot of foundation that needed to be established before it could get off the ground.”

As Anwer awaited his visa approval, he and Joiner began to lay that foundation.

​EnMass Energy addresses two major challenges faced by Pakistan’s primarily agrarian economy: an unreliable grid system dependent on an irregular supply of imported fuels, and the lack of infrastructure for disposal of biomass from agricultural waste. Protracted grid outages trigger significant revenue losses for the nation’s industrial sector, which must rely on costly, carbon-intensive energy sources such as diesel fuel to maintain operations.

The idea was simple: EnMass would use abundant agricultural waste to create offgrid power generation solutions. The process of harnessing resources and forming partnerships to make that happen was decidedly more complex.

Separated by nine time zones and more than 7,000 miles, Anwer and Joiner logged 18-hour days over the summer of 2014 to coordinate their efforts as they built two organizations simultaneously. They worked together to pitch the EnMass idea to Umwelt-Projekt-Management (UPM), a Munich-based carbon project developer for whom Joiner had worked before and during his tenure at Duke. With biomass-based steam projects already underway in Pakistan, UPM showed interest in stepping into power generation.

“It was a lot for any one person to manage,” Joiner says of Anwer’s efforts under uncertain conditions, laughing as he adds, “I felt sort of responsible for Hasan’s emotional state.”

For his part, Anwer deflects credit back in Joiner’s direction. “Things came together at the right time,” he says, noting the salutary effects that EnMass Energy’s growth will create, including reduced carbon footprints for industry and substantial income gains for thousands of subsistence-level farmers whose byproducts will become marketable commodities.

Such impacts are an ethical mandate for both EnMass and 501Carbon. As Joiner says, “We’re always looking to create mutually beneficial relationships.” 501’s offset programs, which generate emission reduction credits from activities that either prevent or trap greenhouse gases, exemplify this idea by helping public- and private-sector organizations meet their sustainability goals, while proceeds from offset sales subsidize the implementation of clean-energy projects in locations such as Uganda and rural China.

Both Anwer and Joiner are quick to credit Doctor’s mentorship — particularly because they were skeptical of their chances in the Challenge. “We had a service-based idea, and everyone else had products,” Anwer explains. The type of product-oriented thinking coached in the competition would ultimately prove beneficial, however, by helping them to fine-tune their ideas and envision potential partners and revenue sources.

Anwer and Joiner name a bevy of other influential people and programs from their Duke years, including public policy professor Billy Pizer, who now sits on the advisory board of EnMass Energy. Both mention the university’s culture of international engagement as providing crucial models and insight for their operations.

In the fall of 2014, with Anwer still in Pakistan, Joiner enrolled in a course taught by retired Duke Energy CEO Jim Rogers and Tim Profeta, director of the Nicholas Institute for Environmental Policy Solutions. The focus of the course, called “Renewables and the World’s Poor,” made it too perfect to pass up. And while the professors’ wealth of experience alone would have made the time worthwhile, Joiner says, his fellow students played an exceedingly helpful role in his entrepreneurial growth.

“There were people from different disciplines, different backgrounds,” Joiner says, “and a lot of them already had worked in frontier markets. Each class was a long conversation, and every day someone would say, ‘If you want to address energy poverty, here’s how you do it, here are the barriers.’ It really helped me to anticipate a lot of our potential roadblocks, and that’s so important when you’re trying to convince investors to back work in difficult marketplaces.”

Anwer adds that Duke’s global reputation is equally important on that front. The Duke name, he says, “has lent us a lot of legitimacy and credibility, both in Pakistan and in terms of finance.”

Now, as 501Carbon continues to evolve and EnMass Energy prepares to bring its initial project sites online next year, the pace is still nearly as frantic as it was two years ago. Anwer spends significant time overseas directing operations and managing project development for both companies, and Joiner’s role as CEO is no less demanding. But neither man suggests a wish to slow down. “Now that I have experience in the entrepreneurial world,” Joiner says, “I’m where I want to be.” 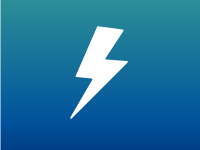