By Gerald B. Silverman

Nov. 18 (BNA) - The Regional Greenhouse Gas Initiative has spent several months on how to comply with federal carbon dioxide limits for utilities, but the cap-and-trade program faces new questions and challenges with the election of Donald Trump and the likely demise of the Clean Power Plan.

The nine RGGI states are finishing a year-long review that began with the goal of meeting the requirements of the Clean Power Plan, which sets the first ever carbon dioxide emissions limits on power plants, but will now conclude with the likely prospect that federal climate change action will be nixed under the incoming Trump administration. Trump has called climate change a hoax and vowed to repeal the Environmental Protection Agency's Clean Power Plan.

RGGI will hold its fifth and final scheduled stakeholders meeting in connection with the review Nov. 21. While the comprehensive program review is required by the memorandum of understanding between RGGI states, its focus was largely on compliance with the Clean Power Plan.

"The RGGI states have proven to be climate leaders time and time again over the last decade, but never before have they faced such an urgent decision point," Jordan Stutt, a policy analyst for the Boston-based Acadia Center, told Bloomberg BNA in an e-mail.

"Trump's election shines a national spotlight on the RGGI program review," he said.

The last RGGI program review in 2012 resulted in a significant lowering of the program's emissions cap, which led to a run-up in carbon allowance prices. Higher carbon prices increase the cost of compliance for electricity generators in the region and raise the amount of revenue available to RGGI states from quarterly carbon auctions.

The carbon market has already responded pretty clearly to the Trump victory with the price of RGGI carbon allowances in the secondary market dropping considerably since the election, according to Timothy T. Cheung, vice president of Washington, D.C.-based ClearView Energy Partners LLC.

"RGGI states dramatically reduced carbon caps in 2012 in the absence of a federal program," he told Bloomberg BNA in an e-mail. "And now with Trump's victory, we would expect environmentalists to ramp up pressure on RGGI states to increase ambition in the program."

"Future stringency could serve as a backstop for prices," Cheung said, referring to a tightening of the program's emissions cap.

"For a significant rebound in allowance prices, the RGGI states will have to announce ambitious cap levels through 2030, reforms to the cost containment reserve and an adjustment for banked allowances," he said.

In the third quarter of 2016, RGGI carbon prices dropped and volatility increased, according to a Nov. 16 report from Potomac Economics, RGGI's market monitor.

RGGI supporters said they hope the election will add greater urgency to the initiative's efforts to control greenhouse gas emissions.

"The world is depending on the United States to reduce emissions and transition to clean energy," Heather Leibowitz, director of the New York City-based Environment New York, told Bloomberg BNA in an e-mail. "Now, New York and its neighbors must build even more momentum for climate protection."

"Going forward, our region's leadership will be even more important as an example for other states and the world," Leibowitz said.

Mark Kresowik, eastern region deputy director of the Sierra Club's Beyond Coal Campaign, said RGGI remains popular in the Northeast as a means for the states to achieve their climate targets.

"Big polluters in the region are still contributing to climate disruption, and the states still have their own commitments to meet, so the urgency to limit, price and reduce carbon pollution doesn't change," he told Bloomberg BNA in an e-mail.

Brian C. Murray, interim director of the Duke University Energy Initiative, said the status of the Clean Power Plan was already "a large source of uncertainty" for RGGI's program review because of court consideration of the plan. A 10-judge panel of the U.S. Court of Appeals for the District of Columbia Circuit heard nearly seven hours of argument on the rule in September and a decision is expected in early 2017.

"The RGGI states will need to decide whether they are in this for the long haul, regardless of the administration in power-recalling that RGGI was originally conceived under the second Bush administration-or if it was an experiment to induce comprehensive national action, which could be unlikely for a while," Murray told Bloomberg BNA in an e-mail.

"At this point, the U.S. is only committed to four years of a Trump administration," he said. "In the scheme of the climate problem, that is not very long and states may well wish to remain committed rather than turn their back now."

Another key issue facing the nine RGGI states involves expansion because RGGI was once viewed as an off-the-shelf way for states to comply with the Clean Power Plan.

New Jersey, the only state that joined and subsequently left RGGI, could rejoin the initiative under the next governor, according to Kresowik. Gov. Chris Christie (R) is term limited and will leave office in January 2018.

William M. Shobe, director of the Center for Economic and Policy Studies at the University of Virginia, said several states could potentially join RGGI under the right conditions.

"RGGI should position itself as the go-to model for those states not yet ready for a comprehensive, economy-wide cap such as California's," Shobe told Bloomberg BNA in an e-mail.

"One thing that RGGI can do to make this more likely is to be flexible about the terms of membership," he said. "For example, other states may not want to use auction revenues for energy or environmental goals."

Under the current RGGI structure, most revenues from quarterly auctions are used for energy efficiency, renewable energy and other consumer benefit programs. Shobe said other states might want to use auction proceeds for such things as tax rebates on electricity bills.

"In return for this flexibility, RGGI may find it easier to recruit new state partners into their climate club," he said.

Copyright © 2016, The Bureau of National Affairs, Inc. Reproduction or redistribution, in whole or in part, and in any form, without express written permission, is prohibited except as permitted by the BNA Copyright Policy. http://www.bna.com/corp/index.html. 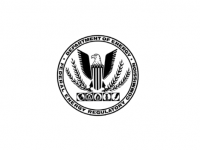 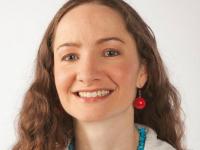 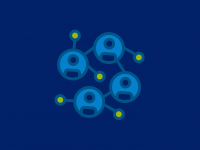