Daniel Poneman, deputy secretary of the U.S. Department of Energy, kicks off the Energy Initiative's 2013-14 Energy Speaker Series, joining us on Oct. 1 for an address on "Energy Security in the Era of Climate Change."

Climate change poses a growing threat to American energy security, adding an increasingly urgent layer to an already complex geopolitical issue. In his talk at the Sanford School of Public Policy, Poneman will outline the challenges and set out the vision — and necessary actions — for a future where Americans will drive the innovations and investments that will promote jobs and prosperity while addressing our technological, environmental and security needs.

The Energy Speaker Series, beginning its second year, has featured a variety of world-class researchers, policy-makers, businesspeople and other leaders involved in energy business, security, policy and other issues. Past speakers include Cathy Zoi, a partner of Silver Lake Kraftwerk and former senior executive in the U.S. Department of Energy; Tom Heller, executive director of Climate Policy Initiative; and a panel of Canadian energy leaders who discussed the business, politics and environmental implications of the Canadian-U.S. energy relationship.

Poneman's address will begin at 5 p.m. Tuesday, Oct. 1, at Fleishman Commons at Sanford. A half-hour reception with precede Poneman's remarks. The event is sponsored by the Energy Initiative, the Sanford School of Public Policy, the Duke University Program in American Grand Strategy, and the Triangle Institute for Security Studies.

Poneman joined the National Security Council staff as Director of Defense Policy and Arms Control in 1990. From 1993 through 1996, he served as Special Assistant to the President and Senior Director for Nonproliferation and Export Controls at the National Security Council. His responsibilities included the development and implementation of U.S. policy in such areas as peaceful nuclear cooperation, missile technology, space-launch activities, sanctions determinations, chemical and biological arms control efforts, and conventional arms transfer policy. He also participated in negotiations and consultations with governments in Africa, Asia, Europe, Latin America and the former Soviet Union.

After leaving the White House, Poneman served as a member of the Commission to Assess the Organization of the Federal Government to Combat the Proliferation of Weapons of Mass Destruction and a number of other federal advisory panels. He is now a member of the Council of Foreign Relations.

Poneman was a principal of The Scowcroft Group for eight years, providing strategic advice to corporations on a wide variety of international projects and transactions. He also practiced law for nine years in Washington, D.C., first as an associate at Covington & Burling and later as a partner at Hogan & Hartson, assisting clients in regulatory, policy and transactional matters, international arbitration, commercial real estate financing, export controls, and sanctions and trade policy. 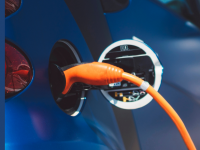 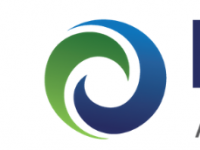 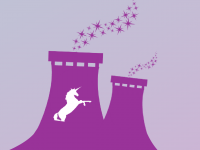