Back to All Events 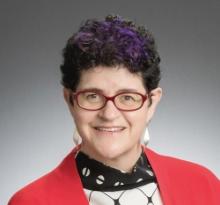 About the talk: With more than 40% of the world's carbon emissions between the two countries, the US-China climate relationship has long been recognized to be the most important element of a successful carbon mitigation strategy worldwide. In her talk, Seligsohn, Assistant Professor of Political Science at Villanova University, will examine how we might rethink the relationship between the US and China in terms of competition between two countries committed to Green Industrial Policy and the opportunities that opens for a new approach as well as how to develop a new paradigm for regulating a competition in carbon reduction.

About the Series: New Energy: Conversations with Early-Career Energy Researchers is a multi-university series featuring graduate, post-doctoral, and other early-career researchers sharing their discoveries and perspectives on energy-related topics. From policy to analysis to emerging research, this bi-weekly series will give anyone interested in energy the opportunity to learn from the rising stars in the field. Duke is one of the collaborating institutions.