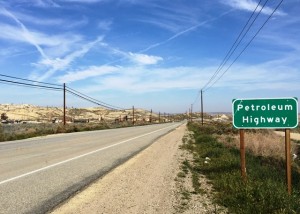 California produces more oil than all but three other states (Texas, North Dakota and Alaska), and Kern County is responsible for more than 70 percent of California’s oil production. Since the early 20th century, when oil was discovered in giant reservoirs such as the Midway-Sunset, Elk Hills and Kern River fields, the county’s economy has largely centered on oil and gas production.

Over the decades, agriculture and several large military bases have become large components of the county’s economy, but oil and gas property still accounts for over 30 percent of Kern County’s assessed property values (see Figure 1 below). 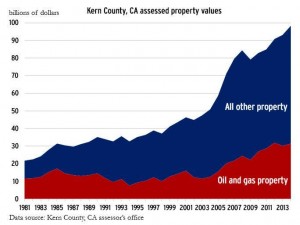 Unlike most of the other states we have examined, California does not impose a statewide severance tax on oil and gas production. Instead, counties collect property taxes on the value of oil and gas reserves and equipment located within their borders. For Kern County, these revenues, along with sales tax revenues from oilfield service and equipment firms, represents a large and important part of the government’s tax base.

While production in Kern County has declined over the past 15 years, the value of reserves has grown. Thousands of wells are still drilled each year, and companies use enhanced recovery techniques such as steam flooding, water flooding and carbon dioxide injection to produce the heavy oil located in most Kern County fields. These operations require large numbers of wells, pump jacks, and other infrastructure. 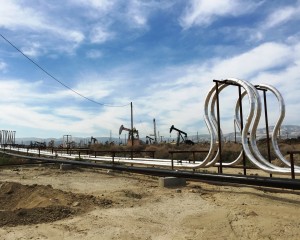 Pump jacks and steam flooding infrastructure in the Midway-Sunset field.

The oil and gas industry also affects county services, especially road maintenance, and to a lesser extent costs such as special equipment for the fire department. However, local officials report that the costs of providing these services is relatively minor compared with the revenues associated with property and sales taxes from the industry.

In addition, a large portion of the county’s population is employed directly or supported by the oil and gas industry. Because oil production has been the stalwart of the local economy for many years, local officials believe that it has provided a substantial net benefit to the county’s finances. Looking forward, Kern County officials hope that continued or perhaps increased production will continue to support government services.